In the US, invented the "artificial atmosphere" for Mars

July 17 2019
3
The colonization of Mars continues to excite the minds of scientists from around the world. Leading space agencies are working on transport systems and base projects. However, the main stumbling block is the insufficient atmosphere density of our red neighbor, which is not able to protect people from destructive cosmic radiation. 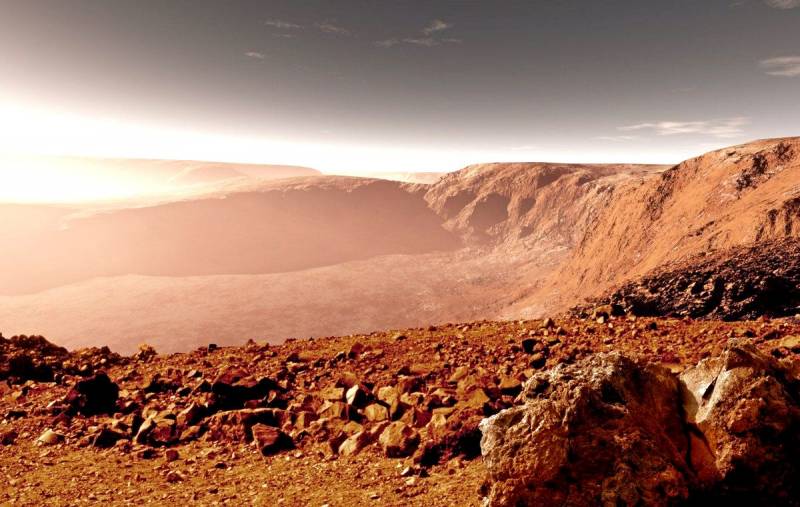 And now, it seems that the joint efforts of researchers from Harvard, the NASA Jet Propulsion Laboratory and the University of Edinburgh, will partially solve the aforementioned problem. In their concept, scientists propose using a special silica-based airgel, which will achieve an atmospheric greenhouse effect and at the same time significantly reduce ultraviolet radiation.

This is a synthetic material, most of which is porous silica used for glass production. Researchers propose building a kind of "greenhouse" on Mars, covered with tiles from a new substance. Thus, on the surface of the red planet it will be possible to create islands with optimal conditions for the existence of living organisms.

In the course of the experiments, the scientists used an experimental setup that maximally simulates natural Martian illumination and a 2 cm thick airgel layer. Light penetrating the material created by the researchers increased the surface temperature by more than 50 ° C, while the level of UV radiation decreased by 60%, and short-wave ultraviolet C (the most harmful for living organisms) - by 99,5%.

Now, after successful laboratory tests, scientists will have to test the created substance under conditions that are most similar to Martian ones. For example, in the Arctic or Atacama Desert (Chile). In addition, specialists have yet to resolve the issue of airgel delivery to the surface of our red neighbor.
Ctrl Enter
Noticed oshЫbku Highlight text and press. Ctrl + Enter
We are
It's important1
The mask never dreamed of: Engines that will conquer the Galaxy
The "occupation" of Mars begins?
Reporterin Yandex News
Read Reporterin Google News
3 comments
Information
Dear reader, to leave comments on the publication, you must to register.
I have an account? Sign in