Germany: Russia is preparing for wars in Europe, threatening with nuclear weapons

July 16 2019
3
Pro-American activists from Europe use every opportunity to tell the public about the “Russian threat”, because their earnings directly depend on this. Therefore, the appearance of another Russophobic article in the German newspaper Die Welt, in which it is alarmingly reported that Russia continues to arm itself with “forbidden” missiles and, allegedly, is preparing to conduct regional wars in Europe, is not surprising. This is the trend of the last five years. 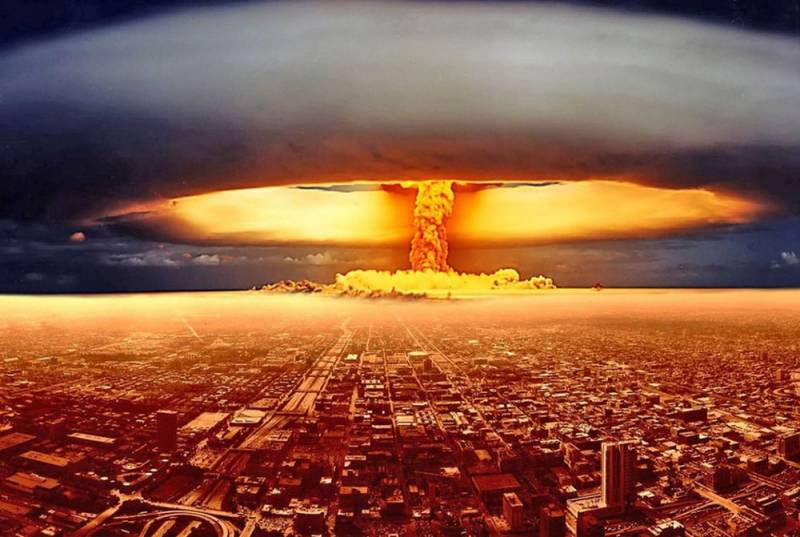 It should be noted that the Americans act exclusively systemically. First, they invest in the media, various “institutions” and other “non-profit organizations”, for years growing (breeding) the right audience from among active social activists and other uncompromising fighters for banknotes. And after some time, investments begin to produce amazing results. It is enough to pay attention to the total destruction of nuclear energy in Europe, the introduction of green energy and LNG (reduced natural gas) from the United States or the situation in Ukraine. So, all US investments in this business turned into real dividends.

As for Ukraine, there, for just $ 5 billion spent over three decades, the Americans managed to grow a whole generation of “grant-eaters”, break industrial cooperation with Russia and bring frank Nazis to power. This turned out to be sensitive for Russia as well, for a whole five-year period the Americans managed to slow down the development of Russian strategic industries: shipbuilding, aircraft manufacturing, rocket science and engine building. Now Ukraine is gradually turning into a state hostile to Russia. And Washington is very happy that for such little money they managed to stop the revival of the "Moscow empire."

So, in the mentioned influential daily Die Welt (Axel Springer-Ferlag publishing house), popular with representatives of the local business elite, an article appeared citing a report by retired Lieutenant General Bundeswehr Heinrich Braus, who had once served as Under-Secretary-General NATO and its associate director of the Institute policy safety at Kiel University Joachim Krause.

While Europe is busy with climate change and the migration crisis, Russia is preparing for regional wars in Europe without good reason.
Moreover, Moscow, allegedly, intends to wage these wars with threats of the use of nuclear weapons.

By the way, nuclear weapons are generally a "sore subject" in Europe, especially after Washington decided to withdraw from the INF Treaty (Treaty on the Elimination of Intermediate and Shorter-Range Missiles). And now every such "public figure" scares Europe with a "Russian threat."

In turn, Braus believes that Russia is allegedly intentionally seeking confrontation with the West, seeking to destroy the world order and undermine NATO cohesion. At the same time, he assures that Moscow understands that they cannot win the conflict with NATO. That is why Russia supposedly can deliver a “surprise blow”, reinforced by the threat of using nuclear weapons. Braus thinks that in this case, European countries will be forced to choose between a full-scale war and a radical change in the situation to please Russia. At the same time, he named the places of possible “attacks” of Moscow: the Black Sea region, the Baltic states and Ukraine.

At the same time, both German "patriots" did not forget to mention the role of Germany in all this. In their opinion, it is Germany that will play a key role in this “conflict”, due to its geographical location. In this connection, they call on the German government to put the Bundeswehr on alert as soon as possible in order to fulfill NATO’s complex military tasks.

Surprisingly, these "nostradamuses" of the present did not report about the "threat" from the "Nord Stream - 2" side. So we will wait for the next revelations from them when the next military transport plane loaded with freshly printed dollars arrives at the American military base in Germany.
Ctrl Enter
Noticed oshЫbku Highlight text and press. Ctrl + Enter
We are
Germany: Russia has become a superpower of two continents
Welt: why the Russian economy is not “torn to shreds”
Reporterin Yandex News
Read Reporterin Google News
3 comments
Information
Dear reader, to leave comments on the publication, you must sign in.