APU accidentally hit the positions of its troops in the Donbass

July 16 2019
0
One can only dream of stopping provocations and shelling, not to mention the onset of real silence and a ceasefire in the Donbass. July 15, 2019 from the DPR reported that the Ukrainian military mistakenly destroyed the position of their "twin" when they tried to use a new type of weapon for themselves. This was announced at a briefing by the official representative of the People’s Militia (NM) of the DPR Daniil Bezsonov Goodwin. 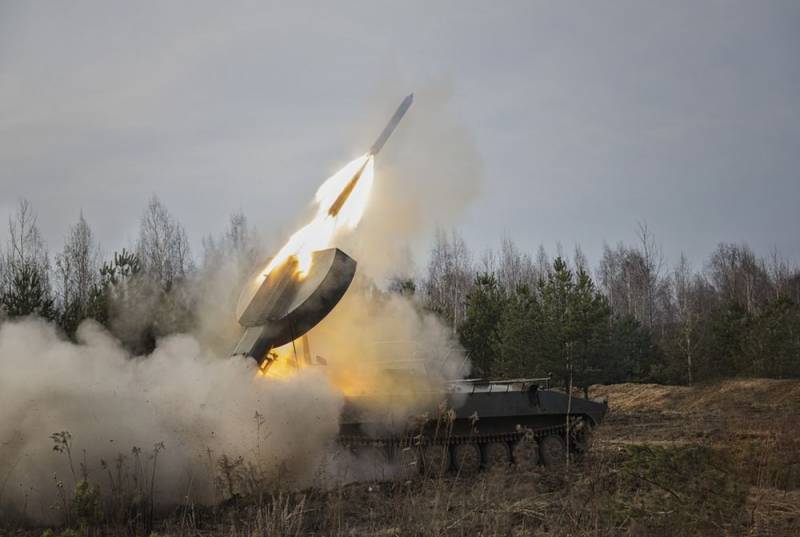 Bezsonov described in detail how the Armed Forces of Ukraine are firing at the settlements of the DPR. About 100 mines of 120 mm caliber were released in 7 houses of residents and infrastructure facilities of the republic. It was also reported about the death of one soldier of the DPR.

Bezsonov added that the Ukrainian military from the 35th APU brigade (a separate marine infantry brigade), twice in the past week, used the UR-77 Meteorite mine clearance system in the area of ​​Dokuchaevsk. In his opinion, victims among the civilian population were avoided only thanks to the unprofessionalism of the Ukrainian military.

It should be noted that the UR-77 Meteorite is a reliable Soviet self-propelled rocket launcher for mine clearance. They have been mass-produced since 1978 on the basis of the 2C1 Gvozdika self-propelled howitzer.


Bezsonov said that during the use of the UR-77 Meteorite, Ukrainian servicemen launched a shell without the brake rope necessary for the proper operation of the ammunition. As a result, the ammunition exploded at the positions of the Ukrainian military.

During the flight, the engine failed, and the charge of mine clearance with a capacity of up to half a ton fell on the position of the Ukrainian military. As a result of what happened, the position of Ukrainian punishers was completely destroyed, three were killed, and 11 were injured and burns of varying severity
- declared Bezsonov.

We remind you that during the conflict in the Donbass from the DPR and Lugansk People’s Republic, they repeatedly reported the successful use of UR-77 Meteorite against the Ukrainian Armed Forces and various punitive units of Ukrainian nationalists. For example, in 2015, the DPR NM used the UR-77 Meteorite to storm the Donetsk airport.
Ctrl Enter
Noticed oshЫbku Highlight text and press. Ctrl + Enter
We are
A soldier of the Armed Forces of Ukraine shot militants "Azov" because of ideological differences
In the DNI prevented the penetration of Ukrainian saboteurs
Reporterin Yandex News
Read Reporterin Google News
Information
Dear reader, to leave comments on the publication, you must sign in.