Turchinov: Ukraine will destroy the Crimean bridge in minutes

July 16 2019
2
The Crimean bridge from the moment of the beginning of construction became an object of close attention of warlike Ukrainian "patriots". And the more obvious it became that the Crimean bridge is not a Mosfilm decoration, the more aggressive Russophobes in Ukraine became. Therefore, it is not surprising that they regularly offer various options, born in their imagination inflamed with bloodthirstiness, to destroy this gigantic engineering structure. 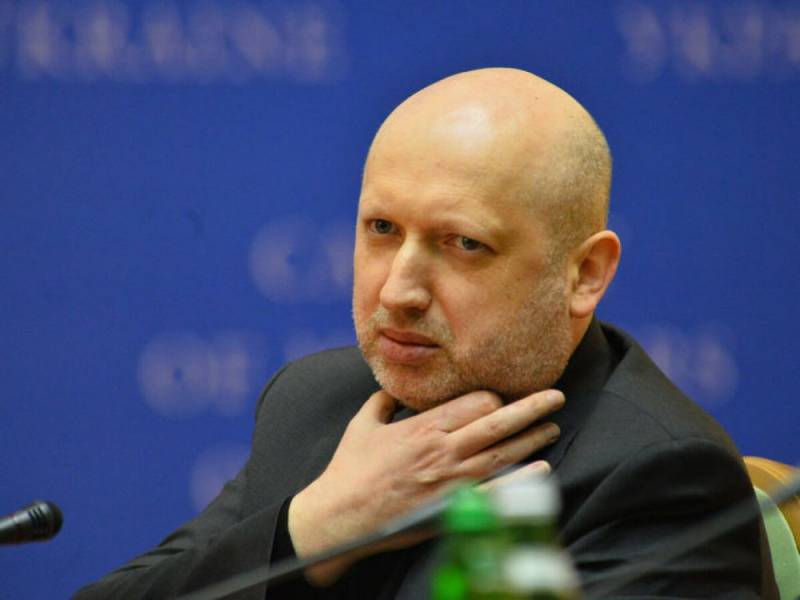 For example, on July 15, 2019, the former secretary of the National Security and Defense Council of Ukraine, sectarian and Nazi Alexander Turchinov, said that the Ukrainian Neptune cruise missiles could destroy the Russian fleet in the waters of the Black and Azov Seas and "demolish the Kerch Bridge in a few minutes." In addition to this, but not so aggressively, Turchinov added that in order to protect Moscow from "aggression", Kiev needs to work to modernize the obsolete Soviet S-125 air defense systems, as well as develop its own complex of cruise missiles.

A comprehensive solution to this problem (protection from "aggression" of Russia from the sea - Ed.) - A mobile complex of cruise missiles "Neptune", created in an extremely tight time frame. Our cruise missiles will be able to destroy warships of the Russian Federation of any class, not only in the Black and Azov Sea, but also in their ports. And if necessary, within a few minutes to demolish the bridge, which Russia so swears
- Turchinov declared to the Ukrainian edition of LB.ua.

It should be noted that over the past five years Turchinov repeatedly made such high-profile statements, threatening Russia. As for the mentioned Neptune cruise missiles, their tests, according to the Ministry of Defense of Ukraine, should be completed before the end of 2019 and from 2020 they will begin to enter the troops.

We remind you that the international community, including the Russian one, has repeatedly commented on such threats. And it all came down to the fact that any open armed clash between Ukraine and Russia would end in the inevitable defeat of Kiev.

For example, the State Duma deputy from the Crimea, Ruslan Balbek, said that he had not yet seen in the world that Neptune rockets were flying exactly at the target.

The world community was not provided with a single fact that the Neptune cruise missile hit the target. We saw starts, but no result
- he said.

In addition, he recalled that Russia has anti-ballistic missile defense (ABM) facilities.

Does he (Turchinov - ed.) Seriously think that in the case of the launch of Ukrainian missiles, the Russian military, opening their mouths, will observe their flight?
asked Balbek.

At the same time, according to the deputy chairman of the State Duma’s defense committee Yuri Shvytkin, the Crimean bridge is reliably protected both from ramming by warships and from a possible missile attack, and "there is not the slightest chance that Ukraine will succeed."

We have enough forces and means that will respond to any provocation and will not allow it
- emphasized Shvytkin.

It should be added that, in the opinion of the former commander of the Baltic Fleet of Russia, Admiral Vladimir Valuev, the Ukrainian Navy will not be able to exert either military or psychological influence on Moscow.
Ctrl Enter
Noticed oshЫbku Highlight text and press. Ctrl + Enter
We are
The network laughed at the threats Turchinov Krymsky bridge
Turchinov announced the passage of the Ukrainian "armada" through the Kerch Strait
Reporterin Yandex News
Read Reporterin Google News
Ad
The publication is looking for authors in the news and analytical departments. Requirements for applicants: literacy, responsibility, efficiency, inexhaustible creative energy, experience in copywriting or journalism, the ability to quickly analyze text and check facts, write concisely and interestingly on political and economic topics. The work is paid. Contact: [email protected]
2 comments
Information
Dear reader, to leave comments on the publication, you must to register.
I have an account? Sign in