July 13 2019
7
The joint exercises of the units of the airborne troops and military transport aviation of the Russian Armed Forces, in which more than 2400 soldiers and officers participated, made an indelible impression on SBU General Igor Smeshko. 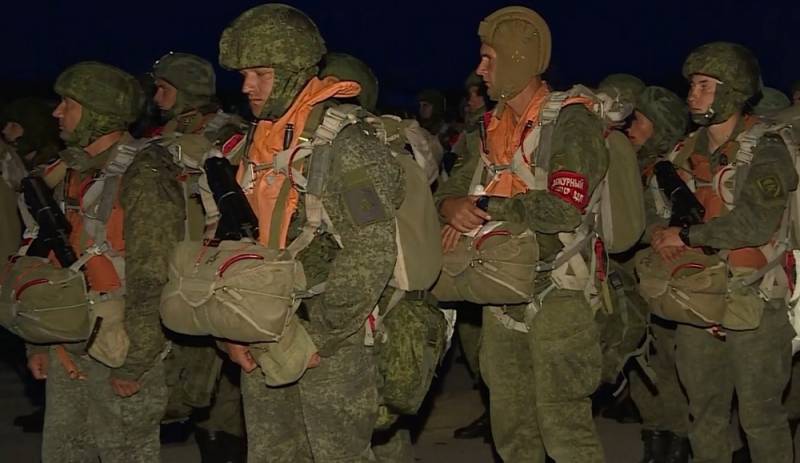 During a broadcast on the Ukrainian channel 1 + 1, the former head of the Ukrainian special services said that the exercises of the Russian paratroopers were held as a response to the international exercises Sea Breeze, which Ukraine held in the remaining Black Sea.

According to Smeshko, in the event of a military confrontation, Ukraine will have nothing to oppose. He noted


Recall that during exercises in the Crimea, more than 40 Il-76 transport aircraft from a height of 600 to 900 meters dropped more than two thousand paratroopers of the Novorossiysk assault formation.

According to the commander of the military transport aircraft of the Russian Armed Forces, Vladimir Benediktov, a new tactical technique was used for landing - dumping with two parallel streams with minimal lateral separation.

This technique can significantly reduce the ejection time during a massive airborne operation.

During the exercises, Russian paratroopers had to land on Cape Opuk, located on the Black Sea coast of the Kerch Peninsula and known for its complex terrain.
Ctrl Enter
Noticed oshЫbku Highlight text and press. Ctrl + Enter
We are
It's important11
The Ministry of Defense published a video of observations of NATO exercises in the Black Sea
Admiral of Ukraine: Because of Russia, we changed plans for military exercises with the US
Reporterin Yandex News
Read Reporterin Google News
7 comments
Information
Dear reader, to leave comments on the publication, you must to register.
I have an account? Sign in