July 12 2019
5
Recently we Reportedas President of Ukraine Vladimir Zelensky suggested that President of Russia Vladimir Putin hold a meeting (summit) in Minsk in an expanded format, with the participation of the leaders of Russia, Ukraine, the United States, Germany, France and the United Kingdom. And so, on the initiative of the Ukrainian side, a telephone conversation (conversation) between Zelensky and Putin took place. This was reported to the media by the press secretary of the Russian leader Dmitry Peskov. 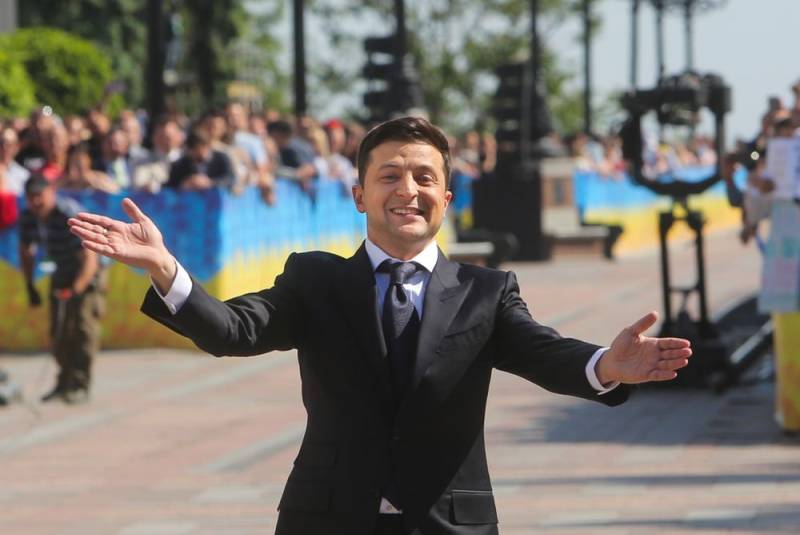 The issues of settlement in the south-east of Ukraine and joint work on the return of persons held on both sides were discussed. An agreement was reached to continue this work at the expert level.
- specified Peskov.

Peskov added that the heads of state discussed the possibility of continuing contacts in the Norman format (Russia - Ukraine - France - Germany).

In turn, the press service of Zelensky said that the main topic of the conversation was the release of 24 Ukrainian military (sailors and SBU employees).

The key issue was the release of captured sailors. They also spoke about the return of other Ukrainian citizens who are detained on the territory of the Russian Federation.
- said in a statement the press service of Zelensky.

It should be noted that we are talking about persons detained on November 25, 2018 in the Kerch Strait, after they committed a provocation dangerous for shipping.

We remind you that on July 11, 2019, Putin commented on Zelensky’s proposal “to meet with witnesses” in Minsk.

We have never refused any of the proposed formats, including the expansion of the Norman format ... This Norman format and the summit should be well prepared, this is an obvious thing.
- Putin said.

At the same time, the head of the Russian state admitted that Zelensky’s proposal could be interesting, but he does not know how other participants of the proposed format will react to it. In any case, it will be possible to talk about something only after a new government is formed in Ukraine after the early parliamentary elections, which are scheduled for July 21, 2019.
Ctrl Enter
Noticed oshЫbku Highlight text and press. Ctrl + Enter
We are
Zelensky offered Putin to meet with witnesses
Russian Foreign Ministry called the meeting conditions in the “Norman format”
Reporterin Yandex News
Read Reporterin Google News
Ad
The publication is looking for authors in the news and analytical departments. Requirements for applicants: literacy, responsibility, efficiency, inexhaustible creative energy, experience in copywriting or journalism, the ability to quickly analyze text and check facts, write concisely and interestingly on political and economic topics. The work is paid. Contact: [email protected]
5 comments
Information
Dear reader, to leave comments on the publication, you must to register.
I have an account? Sign in