Legend catastrophe: Boeing suffers one defeat after another

July 10 2019
4
The world's leading aircraft manufacturer, which seemed to be recovering from two terrifying disasters with 737 MAX airliners, seems to be facing new troubles ahead, more serious than those that the corporation faced immediately after the accident. Apparently, for Boeing, whose name has now ceased to be synonymous with security in the sky, nothing has ended - perhaps, the worst is just beginning. If initially it was only a question of temporarily abandoning the operation of “deadly” aircraft models, now we are talking about the complete reluctance of some airlines to have any business with a compromised model. 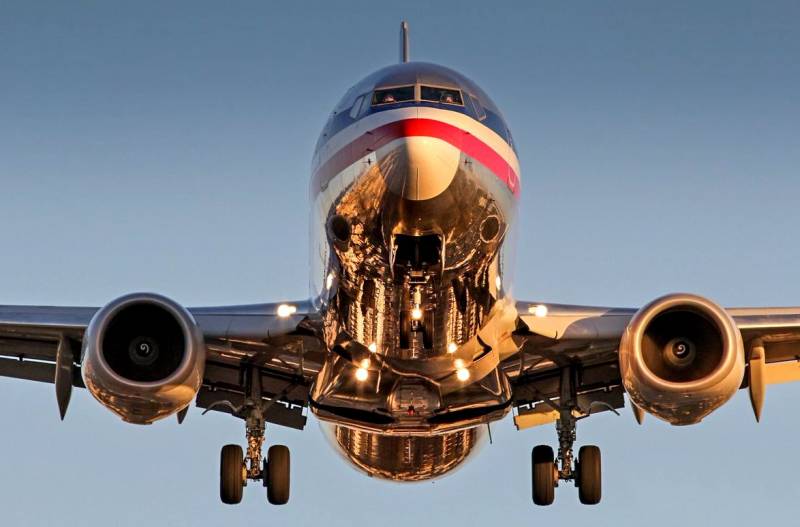 Recall that the reason that the world turned its back on the 737s was their two crashes that occurred in the six-month gap: the crash of the Boeing 737 MAX 8 in October 2018 in Indonesia and the exact same tragedy that happened in March this year in Ethiopia. Victims, respectively - 189 and 157 people. There are no survivors ... Both aircraft crashed under suspiciously similar circumstances - almost immediately after takeoff. The situation was extremely complicated by the fact that both crashed liners were brand new, their service life was some couple of months. Therefore, it was decidedly impossible to blame everything on the wear and tear of the aircraft or poorly performed repair work. The error or unprofessionalism of the pilots was not discussed either. Subsequently, it became clear that the cause of the accidents really lay completely outside the plane of the “human factor” or the misuse of the ill-fated “sides”. However, we will return to this issue somewhat lower.

The reaction followed immediately - two plane crashes, which happened in a row, and even almost “under a carbon copy”, left no room for talk about “chance”, “fateful combination of circumstances” and the like. Exploitation of the 737s was immediately abandoned in Europe - the UK, the Netherlands, Iceland, and Norway. Further, as they say - according to the list. The French, Germans, Austrians and British reacted most sharply to all, who immediately closed their skies for these aircraft. However, later the European Aviation Safety Agency (EASA) joined the business at the continental level and the Boeing 737 MAX became a “persona non grata” in the airspace of the whole Old World. We recall that the problems did not end there. The flights of the 737s were banned not only by Russia and Turkey, the countries of the Middle East, but also by the states of Asia. Singapore, Malaysia, Indonesia and others - it was, of course, unpleasant for the corporation. But the liners that “landed” for an indefinite period in China, India, Australia, were already a serious blow. The Chinese comrades, who were not accustomed to stand on ceremony with anyone in the process of defending their interests, demanded that Boeing Corporation compensate for the losses incurred by the airlines of the Celestial Empire due to the downtime of problematic machines. The figure is terrifying ...

The United States and Canada, as they can easily guess, held out for the longest time, defending the “domestic producer” with foam at the mouth and asserting that the catastrophes that claimed the lives of more than three hundred people were nothing more than annoying misunderstandings. However, under pressure from the public and the aviation unions, they surrendered, sending the 737th “for fun”. Not only that, Washington had to start a serious investigation into the causes of the catastrophes at the Senate level. It should be noted that at the beginning of this year, only the Boeing 737 MAX 8 model was in operation by more than 45 airlines around the world, which were delivered 350 such aircraft. After almost total decommissioning, the corporation - manufacturer faced the real prospect of paying colossal penalties - especially if it turns out that the accident occurred through its direct or indirect fault. Looking ahead, let’s clarify - this is exactly how it turned out ... As a result, in just a few days of the tragic March, Boeing "fell" by more than 26 billion dollars. Its market capitalization has fallen from more than 238 billion to 212 billion dollars, and shares have fallen in price and even by 47 billion!

It would seem that time has passed, fears have subsided, causes and problems have been named and seemingly eliminated ... However, Boeing has lost the main thing - the trust of its own customers. A few days ago it became known about the first airline, which terminated a rather impressive contract for the acquisition of a 737s batch. Unpleasant news came from the Middle East - the Saudi airline Flyadeal (a subsidiary of the state Saudi Arabian Airlines), which had previously entered into an agreement to supply fifty Boeing 737 MAXs, officially announced the refusal of the transaction. Moreover, at the last month’s air show in Paris, Flyadeal representatives agreed to purchase an Airbus A320neo - three dozen for a start and twenty more afterwards. The reasons for the decision were not disclosed, but this is most likely due to the fact that they do not need an explanation. Faced with the next "surprises" and fatal "improvements" from Boeing, the Arabs who highly value their safety have no desire. And this, most likely, is only the “first swallow”.

The problem is not just that, as the investigation established, the cause of both air accidents was the MCAS program, which intercepted aircraft control in a situation where, in its electronic opinion, it was necessary to align the cocked nose of the aircraft ... The trouble is that, firstly By installing this computer “trick”, Boeing tried to compensate for its own most serious miscalculation - the displacement of the installation point of aircraft engines, which seriously violated the alignment of the entire aircraft. This, of course, is simpler and, most importantly, much more economical than redoing the whole plane, eliminating the “cant” of developers and designers ... Secondly, (and this, perhaps, the main thing), the corporation did not find it necessary to inform the vile “innovation” »Neither the leadership of the airlines that purchased the 737s with a catch, nor the technicians, nor, moreover, the pilots themselves. In the last seconds of their life, they unsuccessfully tried to deal with a freaking computer, not understanding what was happening at all ... Who can guarantee that even, as it has already been promised many times and vowingly, by setting the brains of MCAS Boeing really will do it honestly? And at the same time doesn’t “solder” any other killer program into the plane ?!

It is not surprising that the same European Aviation Safety Agency comes up with more and more new requirements for Boeing to return the 737s to EU air routes. In fact, according to experts, we are talking about a complete revision of the entire spectrum of technical support for the operation of this liner. Europeans in extremely harsh form are demanding evidence that on board will not remain uncontrollable MCAS, or anything even close like that. Without this, the “restoration of rights” in the Old World of the Boeing 737 MAX is out of the question. It is very likely that EASA is determined to make every effort to ensure that this never happens at all. It is not surprising - after all, the European Airbus and American Boeing for decades have been fierce competition for leadership in the market of passenger airliners, while going "head to head." Recently, Washington has tried to turn the tide in its favor in a manner that has become commonplace during the presidency of Donald Trump - accusing Europeans of “dishonesty”, dishonest methods of struggle and so on, threatening, as usual, the imposition of sanctions and other restrictions. It would be better if he didn’t do this ...

Using not a far-fetched, but a very real pretext, the Europeans seem determined to “squeeze” overseas competitors, seriously pushing them from their positions. It is unlikely that even such major troubles with one of the models (albeit extremely popular and in demand in the world earlier) will be able to finally "bury" such a giant as Boeing. However, for the 737 MAX, most likely, you can read the prayer "for peace." If the corporation comes to the conclusion that it will be too expensive to remodel this model to more and more stringent requirements of air carriers and regulatory organizations, it may never fly up. Moreover, given that any serious emergency with this aircraft, if this happens in the future, will bury Boeing’s business reputation completely and irrevocably.

The legendary 737, which turned 50 last year, has become the most commercially successful aircraft in world civil aviation history. By and large, it is thanks to the B-737, which was built more than 10 thousand units, Boeing Corporation has become one of the leaders in the aircraft industry. This model generated up to 60% of the company's total profit. Having lost the main source of income, the American giant risks finally losing the palm to the European Airbus. The Boeing 737, which “spawned” the leading aircraft building corporation, may also ditch it.
Ctrl Enter
Noticed oshЫbku Highlight text and press. Ctrl + Enter
We are
Peace enforcement operation. Russia inflicts a preemptive strike on Kiev
US Global Economy: An End That Sneaks Noticeably
Reporterin Yandex News
Read Reporterin Google News
Ad
We are open to cooperation with authors in the news and analytical departments. A prerequisite is the ability to quickly analyze the text and check the facts, to write concisely and interestingly on political and economic topics. We offer flexible working hours and regular payments. Please send your responses with examples of work to [email protected]
4 comments
Information
Dear reader, to leave comments on the publication, you must sign in.