Serious radiation leak: in Norway, watching the drowned submarine of the USSR

July 9 2019
7
The Norwegian Agency for Radiation and Nuclear Safety (NRPA) sounded the alarm about radiation coming from the Soviet nuclear submarine K-278 Komsomolets. This is the third generation nuclear submarine and the only project 685 Fin. It has been at the bottom of the Norwegian Sea at a depth of about 1700 meters since April 1989. Norwegians raised a real hysteria and talk about the level of radiation that exceeds the norm by 100 thousand times. 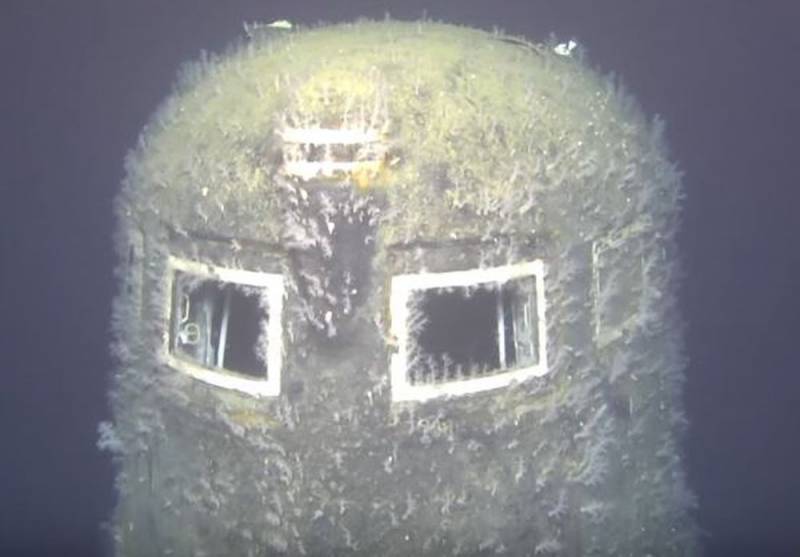 It should be noted that they provide several videos as proof. At the same time, however, he is modestly silent that this is a joint Russian-Norwegian expedition and the Russian side does not confirm information about such high radiation.

On board the Norwegian ship there is a deep-sea controlled apparatus capable of video recording and taking water samples. And at the crash site, many different samples were taken. One of them, allegedly taken near the reactor, showed such a fantastic level of radiation. Surprisingly, all other samples showed no danger at all.

It should be added that at the time of the catastrophe the reactor was shut off reliably, however, in the torpedo tubes there were missile torpedoes with nuclear warheads. As a result of corrosion, over the past 30 years, environmental pollution could indeed occur.

However, without the confirmation of the Russian specialists participating in this expedition, it is impossible to talk about exceeding the norm by 100 thousand times (and even because of one test). Currently, nuclear submarines are available for modern deep-sea vehicles, which makes it possible to extract nuclear weapons and other materials from it.

We remind you that the Komsomolets nuclear submarine sank on April 7, 1989. Of the 69 crew members, 22 died. The cause of the tragedy was a fire in the seventh compartment of the nuclear submarine. The cause of the fire has not been established.
Ctrl Enter
Noticed oshЫbku Highlight text and press. Ctrl + Enter
We are
Eyewitnesses to the death of submariners: "There was no smoke, nothing"
Admiral said how much Russia will be able to launch "Zircons" on targets in the US
Reporterin Yandex News
Read Reporterin Google News
Ad
The publication is looking for authors in the news and analytical departments. Requirements for applicants: literacy, responsibility, efficiency, inexhaustible creative energy, experience in copywriting or journalism, the ability to quickly analyze text and check facts, write concisely and interestingly on political and economic topics. The work is paid. Contact: [email protected]
7 comments
Information
Dear reader, to leave comments on the publication, you must to register.
I have an account? Sign in