At the Khmeimim airbase in Syria, a "mysterious" fighter

July 9 2019
1
The craving of some media to create “sensations” is well known and explicable. They need a “hype” (information hysteria, screaming and noise) to promote and attract a readership. For this reason, on July 8, 2019, there were reports that an “unknown” fighter was seen at the Khmeimim airbase of Russia in Syria Khmeimim (Khimki, on the slang of the Russian military). 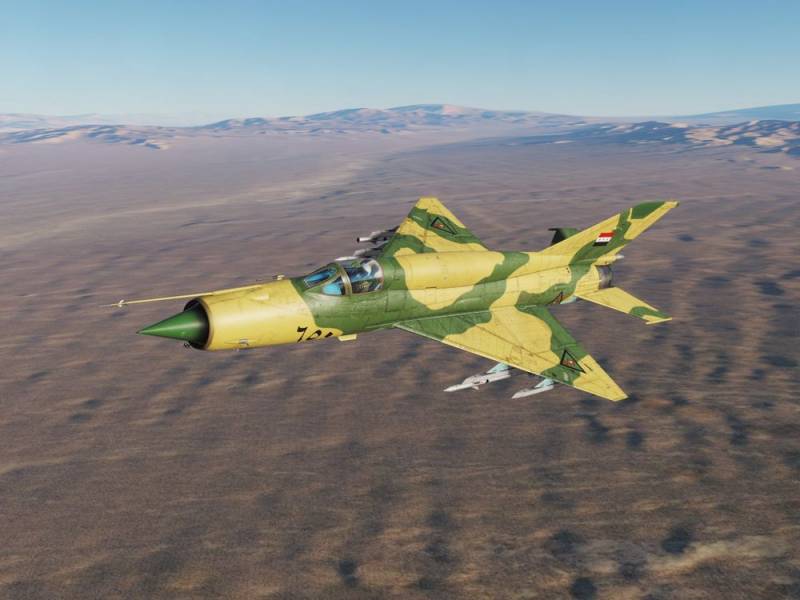 These media were thrilled that a “new unknown combat aircraft” was discovered on a newly released satellite image of the air base, dated July 7, 2019. They were really worried about the “unusual” triangular wing of this aircraft. Therefore, they wrote that
what particular machine is in question, what country it belongs to and what its purpose of being there is unknown.
It should be noted that some authors like "News"Nevertheless bothered (guessed) to look at least at Wikipedia, the generally accessible multilingual universal Internet encyclopedia with free content. There, they suddenly found for themselves that the Syrian Air Force has Soviet MiG-21 fighters, in which the wing is just of a triangular shape. After that, "experts" suggested that "we can talk about the MiG-21 fighter." But not everyone thought of doing this, peeping at least into Wikipedia. 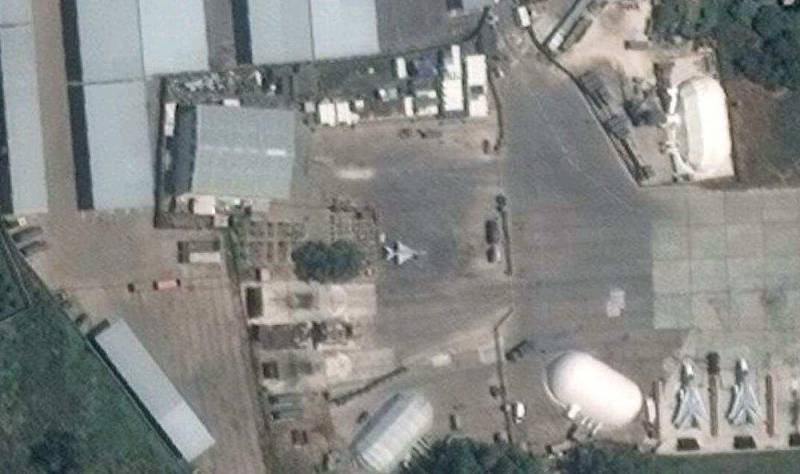 After that, fortune-telling began “on the coffee grounds”

what does this plane do near hangars, why do “Russian equipment carry out its service, which probably got damaged ”, why the Syrian plane is at a Russian base
and a host of other, more exotic assumptions with far-reaching conclusions. Some even so openly lied to their readers, retyping each other meaningful and pathos messages that they know that

this Soviet "old man" of the Syrian Air Force MiG-21 is not there for beauty, because he has already made several reconnaissance flights from this air base.
Everything turned out to be much simpler than the media presented in the pursuit of readability, because everything they wrote was simply not true. Just Russian experts, back in June 2019, prepared one of the MiG-21 fighters for installation on a pedestal. And now this “old man” is a monument (monument) in honor of the dead pilots. It has become a symbol of heroism, valor, courage and self-sacrifice for those who defend the long-suffering land of Syria from "moderate" terrorists and outright "barmalei" - jihadists.
Ctrl Enter
Noticed oshЫbku Highlight text and press. Ctrl + Enter
We are
"The war of edits": the struggle for the Crimea in the "Wikipedia" continues
IAC constantly painted the SSJ-100 catastrophe and the crew’s actions
Reporterin Yandex News
Read Reporterin Google News
Ad
We are open to cooperation with authors in the news and analytical departments. A prerequisite is the ability to quickly analyze the text and check the facts, to write concisely and interestingly on political and economic topics. We offer flexible working hours and regular payments. Please send your responses with examples of work to [email protected]
1 comment
Information
Dear reader, to leave comments on the publication, you must sign in.